The key to gaining a market share of the millennials is not much different than the generations before them. 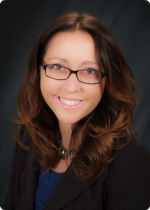 I recently attended a seminar entitled “Working Across Generations” in which the facilitator challenged attendees to work in small groups and develop strategies for how to bridge generational divides in the workplace.  Our discussion started with the stereotypes associated with each generation.

This discussion got me thinking about how brick-and-mortar businesses might reach this new generation of millennials, many of whom are experiencing disposable income for the first time.  This disposable income, I will note, is relatively scarce due to the soaring cost of higher education.  This presents a challenge for retailers hoping to earn the trust necessary for new consumers to spend their precious dollars on a particular brand.

What’s the secret?  Well, the key to gaining a market share of the millennials is not much different than the generations before them.  It’s communication.  Below are a few practical tips.

For these and other fantastic tips for communicating with customers from all generations, check out “The Ann E. Answers Guide to Communications Etiquette in the Digital Age.”  The book was written by my company and can be purchased at anneanswers.com.  All book proceeds go to Dress for Success, a local nonprofit dedicated to promoting the economic independence of disadvantaged women in the Twin Cities.

Depending on how you look at the numbers, Minnesota's retailers still haven't completely recovered from the slow spending years that started in 2008, and arguably are still trying to return to the pre-September 11, 2001 employment levels. But with improving consumer spending over the past 18 months providing some optimism this holiday season, MnRA checked in with a few retailers to see what strategies are being employed during the important week of spending between now and December 24. Here is a digest of the tools being used by Minnesota retailers to drive consumers in the door.

Advertising: More television and radio; more local newspaper advertising. Across the board, retailers report stronger use of newspaper, radio, and television advertising to drive traffic in the door this last week of holiday spending. Consumers seem to welcome sales and product ads with the long political campaign advertisement season still fresh on their minds.

Hours: Expanded hours in the days leading up to December 24 are not new to the industry, but this year's list of stores open more hours and even 24 hours is longer than ever. From independent retail operations to national retailers like Macy's staying open 48 hours straight, the open-early, stay-open-late strategy seen on Black Friday is back for the last week of the holidays. As an example, family-owned retailer Norby's Department Store in Detroit Lakes extends its hours to 8:00 p.m. each night while it ramps up radio and newspaper advertising to drive a strong finish to the holiday season.

Sales/Specials: With social media being embraced by retailers of all sizes, daily deals and specials have become quick to put together and easy to get out to customers. As a result, final holiday sales and daily deals can be seen all over Minnesota this final week. In addition, stores are employing the tested and true week before Christmas sale. Target will host its "Last Minute Sale" from December 20-24 with gift card incentives and discounts on select items. Specialty retail dance store Grand Jeté is using its Facebook page to put out unique gift ideas on a daily basis while offering a monthly 10% off coupon on its website to get customers to browse their website before coming to the store.

Return-To-Store Incentives: Retailers have reported that return-to-store incentives are being used heavily this holiday season. Especially noticeable are bonus incentive programs offered to customers making purchases during the Black Friday weekend and dated for redemption this week, putting stores in a position to see repeat customers. For the first time, Pawn America is using a return-to-store cash-like coupon offered during Black Friday to encourage customers to comeback between December 12-24 to see its ever-rotating inventory, and has reported success with the program.

Specialty Retail: Specialty niche retailers are focusing sales efforts on complimentary products, better known as stocking stuffers. Retailers like Thrifty White Pharmacy (whose general merchandise sales the last two weeks of December account for nearly 15% of its yearly related sales) are focusing their advertising dollars on key categories like fragrances, candies, holiday decor, and of course gift cards. Games by James store owner Glenn McKee reports that historically its strongest sales of the year are the last ten days before Christmas, so shelves and the backroom are stocked, sales staff trained, and he keeps checkout lines moving fast, further reporting that shoppers have gone from thinking about purchasing to actual buying.

Readying for 2013: Several retailers reported that the final week of holiday spending is about showing off new products, new showrooms, new ownership, or new strategies. From independent stores under new ownership like Fashionologie at 50th and France, to national retailer J. C. Penny, retailers know that exposing customers to its new retail strategy is key to turning holiday traffic into 2013's customers. Now is the time to look your best.

Tune in to WCCO radio AM830 Tuesday morning at 9:35 a.m. as MnRA President Bruce Nustad discusses the final week of holiday sales with host John Hines,